Hmmmmmmmmmm. This seems interesting I thought to myself browsing through the DS106 website. I wasn’t paying too much attention to the rating and more so the assignment itself. I started with writing assignments since I felt like I had the skills to do that given the fact I am an English major and enjoy writing in my free time regardless of suffering from writers’ block 84% of the time. It didn’t take long to find one that piqued my interest that being writing the terms and conditions of an apocalypse. I thought this assignment would be cool for two reasons. Reason one being no one ever reads the terms and conditions but since our lives depend on this, it would be a great way to get my creativity going. Reason two was that I recently started watching the walking dead which for those of you who don’t know is about a zombie apocalypse so I thought that doing this assignment would be fun.

The second assignment I chose which I will be demonstrating on how I completed it in my blog today was a “This Doesn’t Belong Here” Assignment. Basically, I had to take two different movie scenes and incorporate one into the other very subtly. For this assignment, I think I just had to learn the basics of photoshop that being its tools, functions, and certain rules. I chose this assignment because I love movies so I had a whole bunch of scenes and characters in mind. I also chose this assignment to practice my photo editing skills. I took a couple of classes regarding photoshop in high school and although I wasn’t the best, I still enjoyed it but unfortunately gave up and haven’t practiced since but this assignment caught my eye for that exact reason. Instead of using photoshop, I used photo pea which is similar. The two movies I decided to use are the last scene from Someone Great and Freddy Krueger from A Nightmare on Elm Street.

The first thing I did in order to complete this assignment was to gather my materials that were a picture of Freddy Krueger and the final scene of someone great. After that, I opened up photo pea in a new tab on my browser, inserted my first photo from someone great, and added a new layer that way the original did not get messed up. 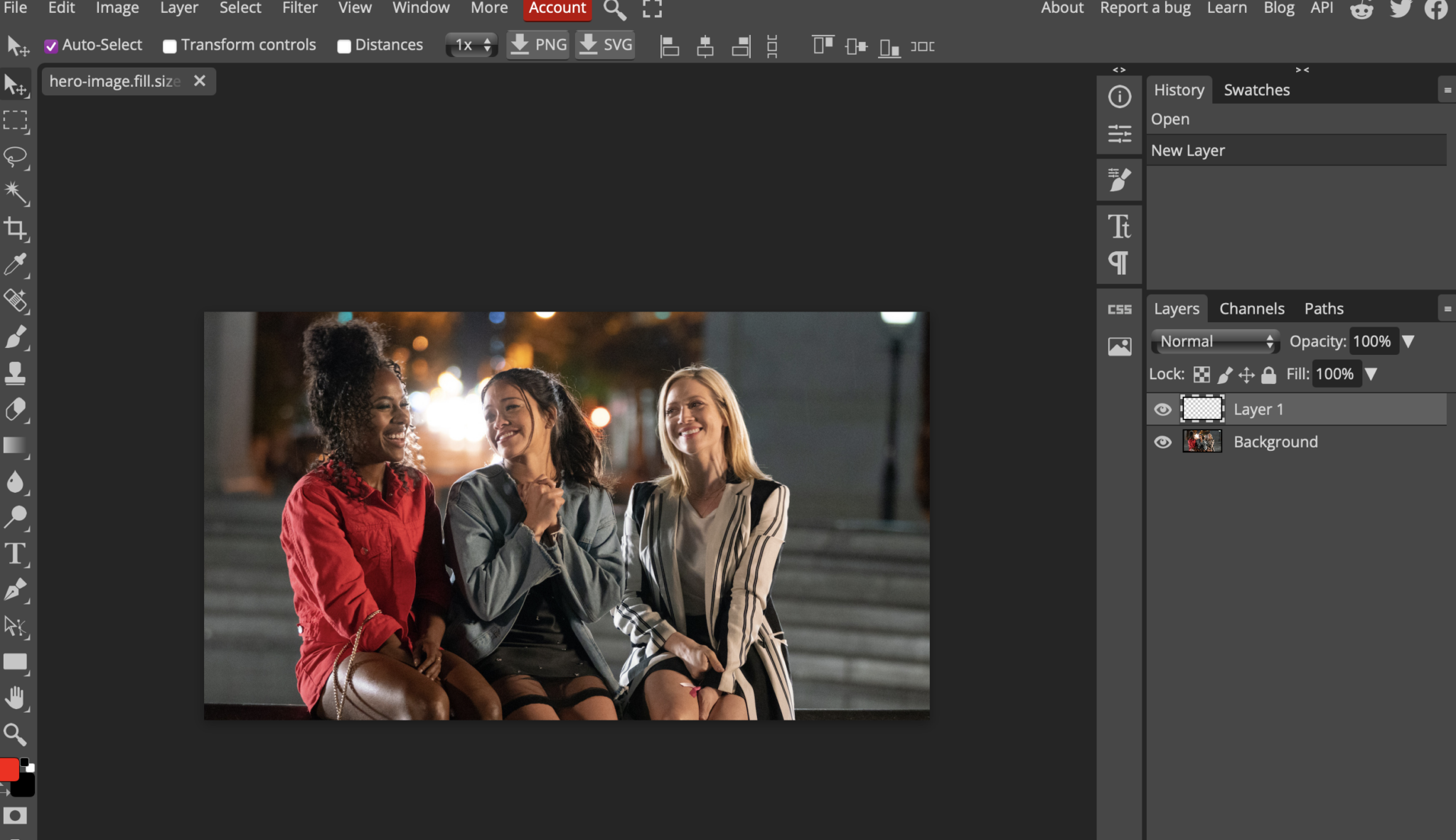 After including my first photo and adding its layer, I inserted the picture of Freddy Krueger. As you can see, this picture contains a white background which is no good for the final product. In order to get rid of this, I used the magic wand tool and selected the areas I wished to remove (all of the white) where you can see with the dotted lines. 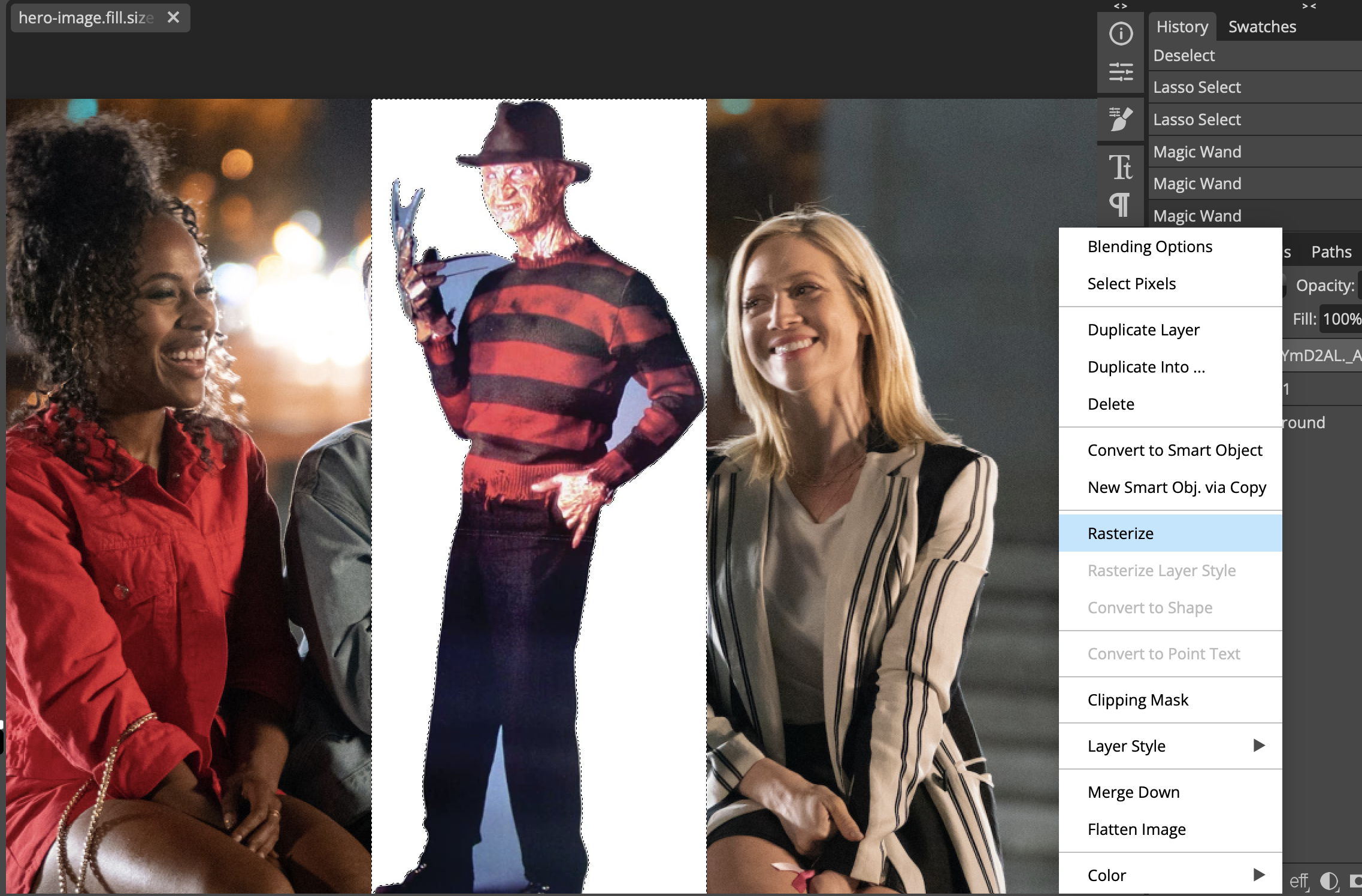 After selecting the unwanted areas, I had to rasterize the layer in order to delete them. I rasterized the layer by right-clicking the layer with Freddy on it and selected “rasterize”. After that, I hit the delete button and all white space was gone. 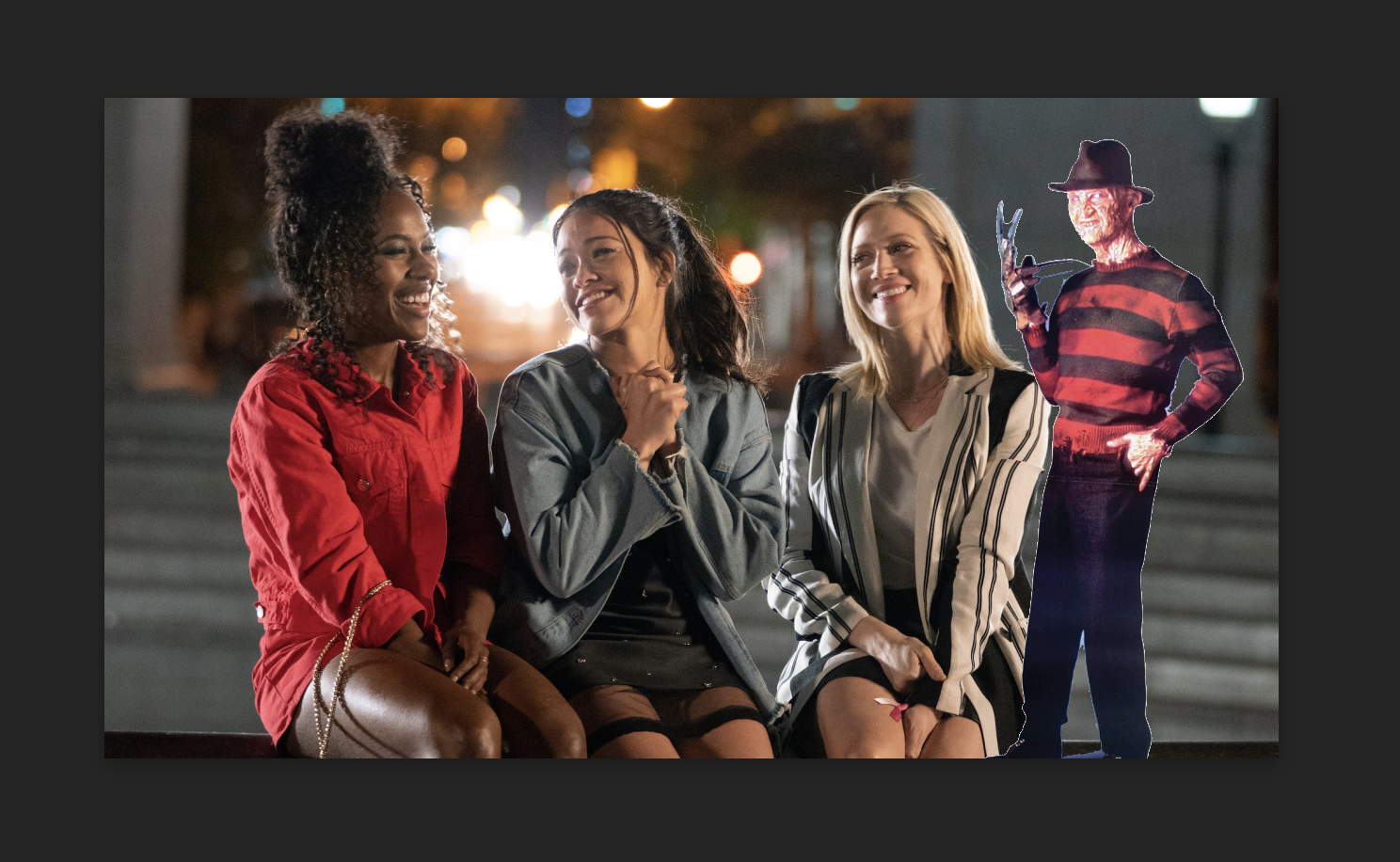 Now that all of the white space is gone, I moved Freddy and changed the fill and opacity percentage so that he could blend better into the scene. 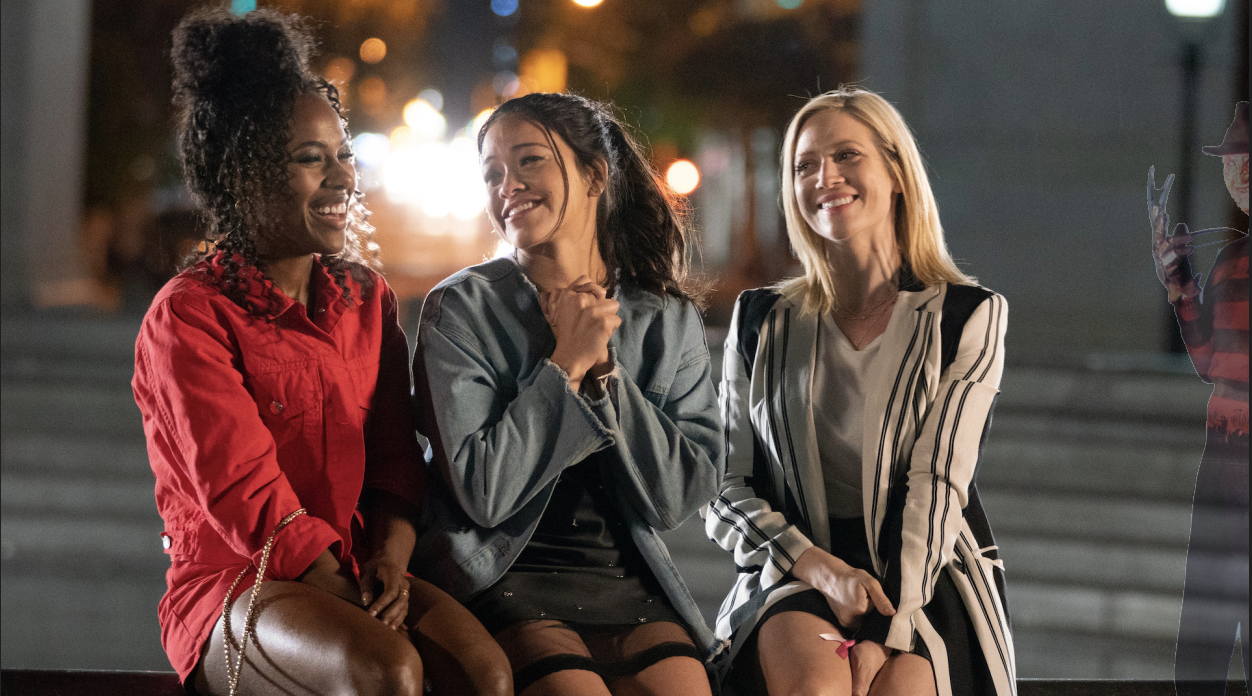 In order to build both emergent storytelling skills and use new tools to create them, I think we should be completing at least one project a week. I say once a week so we have time to go back, reflect, and add things on without the pressure of a tight deadline. You can also go back to prior weeks and compare your works whether they were writing, visual, or audio assignments this way we can expand our horizon and see how we can incorporate one area of interest in another. For example, what if we did writing one week, visual another, and combined both on the third week? I think these skills are important because, in a world where we are heavily dependent on technology and it is consistently evolving, I believe we should be able to utilize more than the basics. In addition, this could be something fun to do in free time or a side hustle, and when has learning anything extra ever hurt anyone?