Picture this: you’re walking through the Louvre Museum in Paris, France. You walk into a room with a crowd of people, pushing and shoving and stretching their necks to see the main attraction of the whole exhibition which is this : 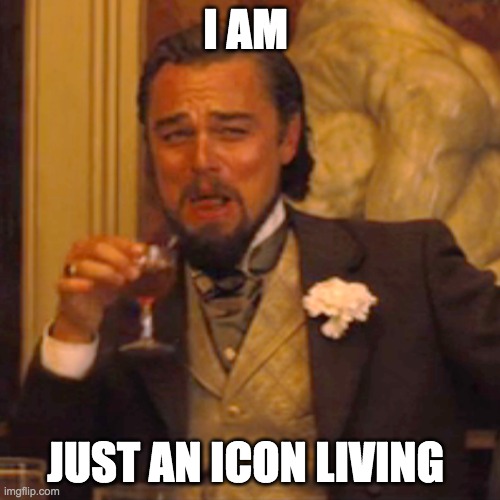 (MEME OF LEONARD DICAPRIO FROM A MOVIE SCENE, THE TEXT ARE LYRICS TO A VERY TRENDY 21ST CENTURY SONG CALLED “ICON” BY JADEN SMITH)

This brings us the question: is a meme a piece of art? 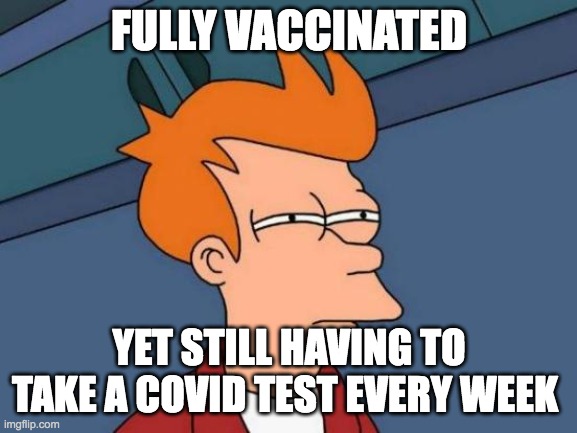 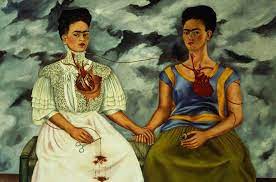 Some of her artistic themes were highlighted in “The Two Fridas,” a 1939 oil painting that shows two seated Kahlo’s holding hands. Near-mirror images, they reflect love and loss and ideas surrounding beauty.

Can Memes be considered art???  My first initial answer to this question was absolutely not but after doing research and watching some videos I am definitely more open minded to this theory. Firstly I had to dissect what a meme is. According to google a meme is “is an idea, behavior, or style that spreads by means of imitation from person to person within a culture and often carries symbolic meaning representing a particular phenomenon or theme. … Memes spread through the behavior that they generate in their hosts.”

According to wix.com “The original “meme” was a term coined by Richard Dawkins to describe how cultural information spreads. However, unless you’re wandering through the halls of the nearby sociology school, when someone mentions the word “meme,” they’re probably referring to a funny image or a video being shared on social media. The common use of the word “meme,” usually refers to the “internet meme,” a subset of the general meme concept.

I do agree with these definitions and interpretations. Furthermore I think the most important fact is that memes are something that is fueled and revenant by a culture. For example, most likely the memes that are relevant and intriguing to my 4 year old little nephew about roblox and Minecraft will be more difficult for me to understand.

On the other hand, I do believe that memes are considered art, because they communicate a message or evoke a feeling (in most cases it’s usually laughter and humor) to make the viewer feel some emotion or form an opinion or different perspective. I believe memes can be meaningful because it is used to spread their personal experiences or an idea. For example, If I were to make a meme about my experience in CT101 it would be like this: 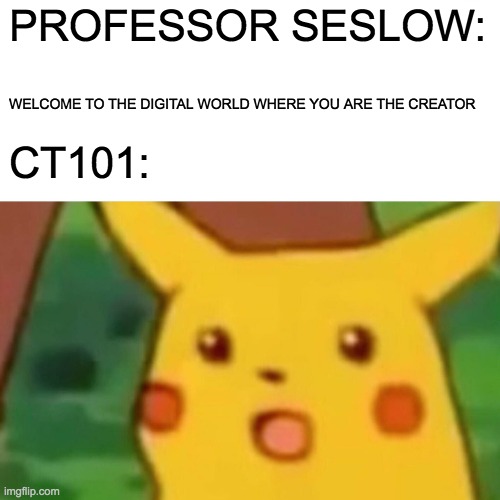 (IMAGE OF PIKACHU, THE TEXT IS MY INTERPRETATION OF EVERYONE’S REACTION WHEN THE PROFESSOR MENTIONED ALL THE COOL THINGS WE WILL BE TRYING THIS SEMESTER)

Memes can also be very inspirational and they can allude to a bigger meaning. Furthermore, after watching this video in class   I do notice there are many similarities between art and memes. Although many of my past art professors would disagree. They’re both used to spread joy and make people smile and laugh.

I created all the memes in this blog post using imgflip