Every picture has a story behind it and it is up to the viewer to decide what the image may be trying to portray. It was fun arranging everyone in class that were in my group because we all put our heads together to come up with an idea to tell a story in our picture.

After breaking the ice with the exercise, we decided to take another picture to tell a different story/message.

We decided that we didn’t want to stop there, we wanted to play with the panoramic and see how the image can be distorted. 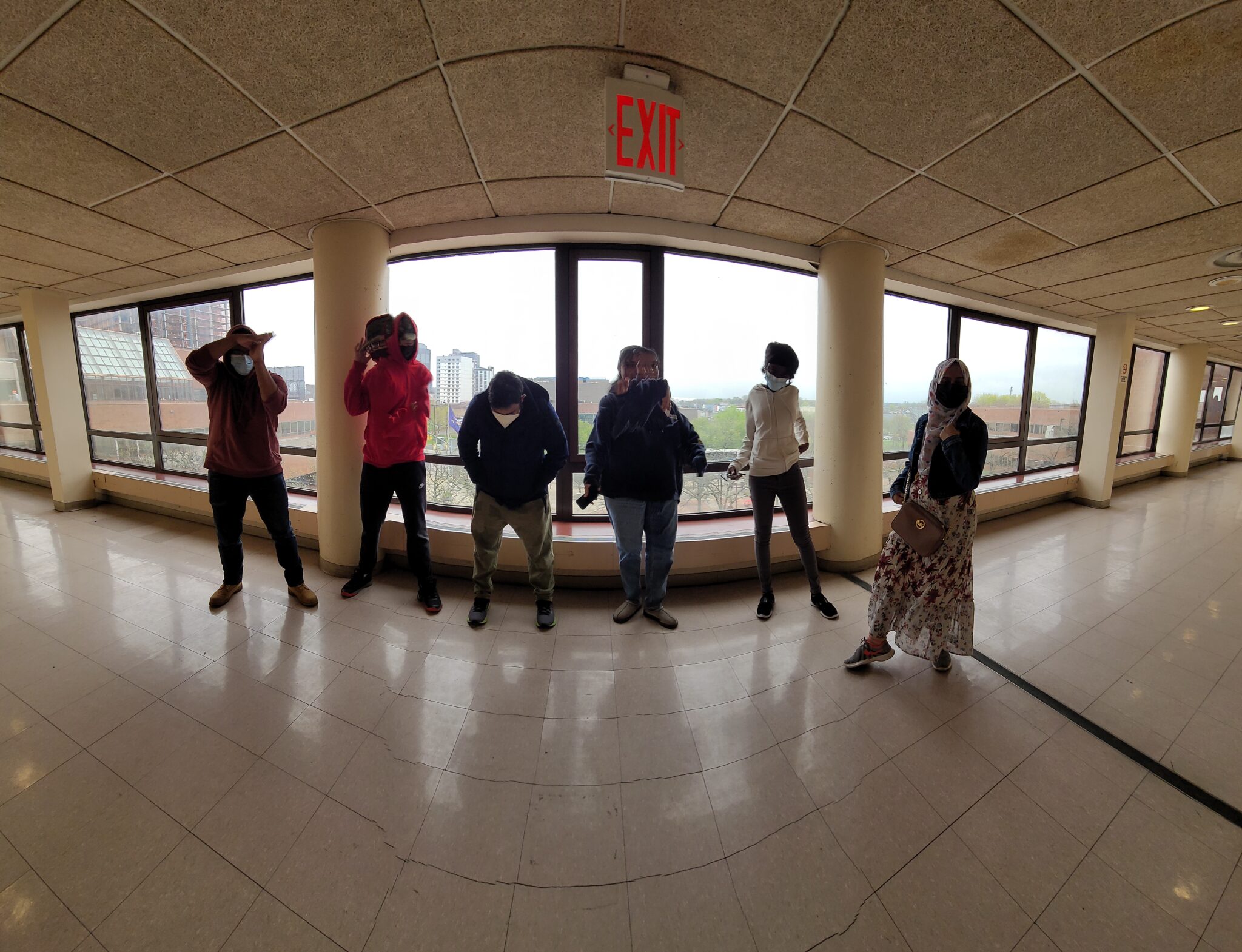 Some of the challenges that we faced were: the perspective change also changed the lighting on the subjects and some of the movement from the subjects were minimal. Nonetheless, things like some of our subjects, the ceiling and the floor were distorted. Maybe if the camera itself had some movement it would capture the subjects to be more distorted.

All in all, this group activity was enjoyable and it definitely brought out the creativeness in all of us so it was really cool to put our heads together to come up with our product.

2 thoughts on “The panoramic view”